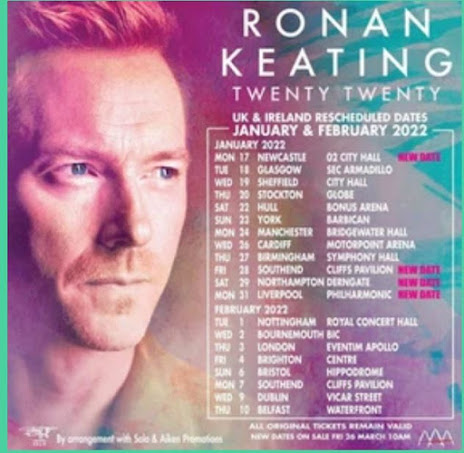 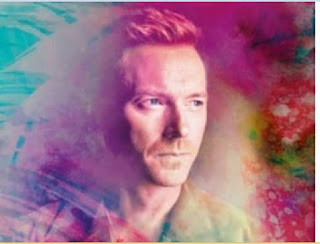 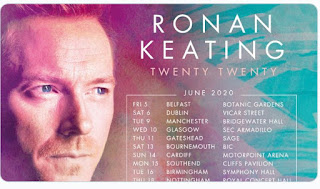 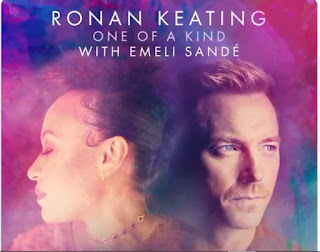 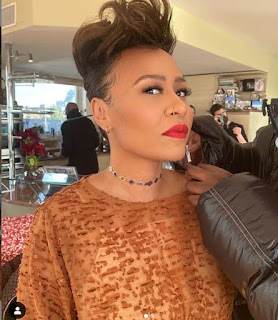 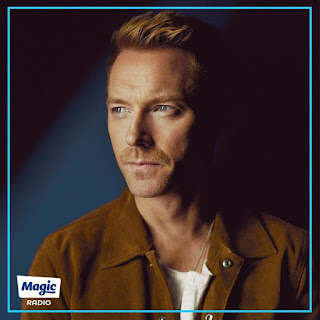 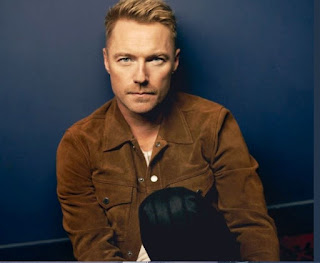 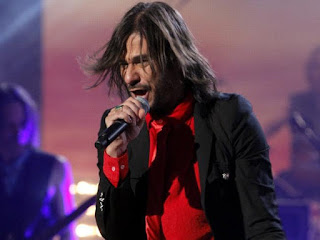 The winner of the second instalment of the X Factor didn't hold back when asked about his experience on the show - and his cave moment.
Luke Dennehy
news.com.auFEBRUARY 23, 20199:38PM

Winner of Channel 7's TV show 'The X Factor' Altiyan Childs.Source:News Limited
Former winner of The X Factor Altiyan Childs has come out swinging at what he says are the draconian contracts contestants on shows like The X Factor and The Voice are forced to sign.
Childs, 43, has also revealed he has found God as he continues to get over what he says was a bruising time after winning The X Factor back in 2010.
He was mentored by Ronan Keating with Natalie Imbruglia, Kyle Sandilands and Guy Sebastian the three other mentors.
“I saw a lot of vanity and a lot of fakeness around me, people stepping all over each other to get somewhere,” he told news.com.au.
“They smile to your face, but they are all hating on you. Then you get closer to the top and the rumours start, and the bitching stars.”

He says he was left penniless after winning the show and signing, and then getting dropped, by Sony Music.
“When I won I saw a whole another level of corruption, a lot of snakes, and a lot of sharks,” he said.
His first single, Somewhere In The World, reached No.8 on the Australian ARIA charts and went platinum, but Childs says he didn’t see a cent.
“I sold between fifty and seventy thousand singles and got paid exactly $0 dollars for it,” he said.
“But no ones complains, because if you’re patient and you play along and you’re a good little boy and if you sing what they give you, then after 10 years if you are lucky you’ll accumulate some money, but mainly through gigs or merchandise.”
He believes now he was too “soft” in the audition process to get to the final 12 and says contestants who are desperate to make it in the music industry are basically forced to sign the restrictive contracts.
“The contract you sign is thicker then a Harry Potter book,” he said.
“When you are in the top 12, you get no choice.
“If you don’t sign it, you’re out and they replace you before it goes to television.”

The singer opened up about being left penniless after being dropped by Sony Music.Source:News Limited
Childs is based just outside of Dubbo in New South Wales with his wife of two years Samantha, who is a mortician.
He has just released a new single, Exhale, that he has funded independtly.
The always outspoken Childs has written a tell all book however he has been given legal advice that is has to be toned down if he wants it published, as it is too litigious.
This includes what he says was an overly negative experience with his former record company Sony Music.
“I wrote a book and it’s been sitting there in my cupboard, but it’s a very risky book to release because I don’t know how many people will try to sue me,” he said.
“I had two main publishers look at it, but they said it has to be extensively changed to avoid lawsuits.
“But I can’t water it down, it’s like a song, I can’t.”
He says winning The X Factor and the following years doing it tough has given him an insight into the music industry and it’s not something he likes.
“The industry, there is a lot of self-love, but not of a healthy kind,” he said.
“There’s a lot of ego and then there is fame.
“I’d probably still be on the radio to be honest with you if I was a little bit more egotistical, a little bit more proud, but that’s not me.”

Childs’ reveals that the music industry isn’t for him.Source:News Limited
One thing has helped him get over the experience on The X Factor and dealing the fallout, Childs has turned to religion and he is not afraid to speak about it.
“I now focusing on my Heavenly Father, more or less,” he said.
“He’s blessed me every day in life.
“I’m really working on being as holy as I can, to be quite frank with you.”
It was sometime last decade, before Childs was in The X Factor, that the singer claims he got a sign from God that set him off on his spiritual journey.
For the first time he has opened up about that moment, which took place after he was driving back after a gig in Penrith in New South Wales in the passenger seat of a car.
The driver as it turned out had fallen asleep and they were on a collision course to have an accident.
“I was asleep and I heard a voice as clear as day, it was like the wind,” he claims.
“It was like the sound of oxygen, it is hard to explain.
“It was a voice I heard deep in my head and next to both of my ears that said ‘wake up,’ and I opened my eyes.
“I look and there was a wall coming towards me at a 45-degree angle and I looked to my right and my driver had passed out.
“I reached over and my heart rate didn’t go up or anything, it was dead calm and I grabbed the wheel and pushed it a few inches to the right and the wall just passed.
“It was pretty incredible, I thought to myself, why would something reach in and wake me up like that?”

Former winner of The X Factor has turned to religion to help deal with the fallout of being in the spotlight.Source:News Limited
For the next decade Childs says he grappled with his spirituality, including becoming a member of the Freemasons.
“That was the beginning of a huge journey,” he said.
“I spent ten years immersed in books and studying, obviously knock, knock, knocking on the door, knocking as hard as I could. Daily I was knocking on his door.”
It all changed when he said he sat down and read the Bible properly.
“That was it, I took all my books, I took them all and strapped them in a couple of Coles trolleys and I set them on fire,” he said.
“I put my Masonic apron in there too, and everything was going.
“It’s been a pretty amazing relationship that I have formed with Jesus Christ, man.”
Childs doesn’t take his music too seriously as he has other things he is focused on, including his devotion to religion.
“When I’m singing it, when I’m writing it, obviously it takes me away and it’s a very intimate thing,” he said.
“But honestly brother, we’re here for just a short time and with the more success you have, the more you have to lose.”

Childs’ no longer takes music too seriously, instead focusing on his devotion to religion.Source:Supplied
One story that was a sensation when Childs won The X Factor was the storyline that at some stage of his life he lived in a cave.
But looking back, Childs calls the story out as purely a reality TV moment, fuelled by producers and perhaps his own overly emotive responses as he tried to work his way through the competition.
Was it over blown?
“It sure was,” he said.
“I could never get out of it. Once they say it on the front pages and on Today Tonightand all that kind of stuff, you’ve got no hope of rectifying that.
“I realised later I was very dramatic with my emotion.
“All this stuff they had to milk it, they know what that are doing.
“It was a cliff edge, it was a cliff edge and it was a place I used to take my mates to when I was in High School.
“It was completely normal, and a very, very sane place to go to child out.
“But I’m still the caveman, brother …. And you know what? So be it.”

Childs’ doesn’t expect his music to be played on the radio.Source:News Limited
While he hasn’t been seen in the public eye for a few years, Childs says behind the scenes he has always been working hard and has built up a strong fan base, in particular via Facebook.
His wife Samantha is a joy in his life.
“She’s a great girl, she’s pretty grounded and powerful.
“She’s a good, good woman.
With the new single Exhale, he plans to tour Australia this year.
He accepts that at 43 and an outsider in the Australian music industry, it’s most likely you won’t hearing his single on the radio.
“The best I’m expecting is just a ground roots release, some community stations,” he said.
But for him that’s OK too, he is just as happy driving his pride and joy, a vintage 40-year-old Porsche as he is hearing his music on the radio.
“I just drive every day, contemplate, relax and read my Bible in the car and really enjoy that whole process,” he said.
“Then I get back into training for the tour, because touring is a different beast.
“I’m ready.”

24 septembre 2013 ·
REVIEW: BORN BEFORE THE SUN
Had the unique opportunity to attend the Altiyan Childs listening party for his upcoming album Born 'Before the Sun', and give my impressions. I was not disappointed! While it is a very personal expression of Altiyan's experiences (all good song writing is), it is also shows his great skill with melody and lyrics ...the man just understands music! The album has many layers, yet makes up a wonderful 'whole'...it just 'flows'.
It opens with an upbeat number called 'Just Like You'. 'Kiss Me' has a wonderful taste of Africa with an almost tribal beat and of course 'Exhale' with it's 'epic grandeur' has the sound of 'hit' written all over it, but then Altiyan hits you with beautiful romantic ballads like 'Water' originally meant as a gift for Ronan Keating, but to be honest, When you hear this stunning vocal, you will be grateful Altiyan recorded it himself.
There is much to touch the heart in this album, '9' and 'Shipwreck' are hauntingly beautiful...'9' deals with the difficult issue of 'body image' in such a way you cannot help but be moved.
Finally, I have to mention the wonderfully commercial numbers, 'Driving', 'Mother', but especially 'Isha'....though originally not a Reggae song, it is hard to imagine as anything but. It created an instant positive response in the studio, with swaying and foot-tapping...I challenge you to not get this one stuck in your head!
'Rise Up' and 'Celebrity' were both equally outstanding! Not just for their instant wide reaching appeal but especially in the case of 'Celebrity', Altiyan's clever tongue in cheek lyric's, coupled with an insanely catchy beat make these absolute winners!
There are 14 tracks on the album, every song is unique, but the overall thing that strikes you is that voice...what a versatile instrument it is, it's power and range is something that stays with you. This is an album that you will love for every song on it....and a talent this country has not produced for many years. It is well worth the wait!
Publié par Annie 0 commentaire(s) 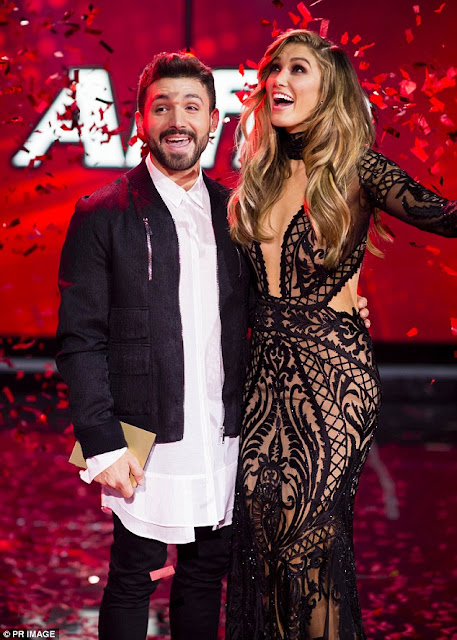 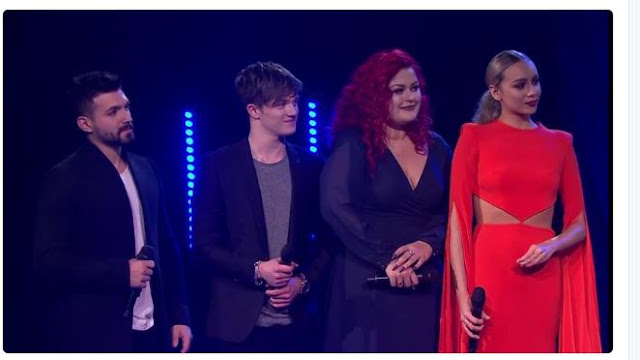 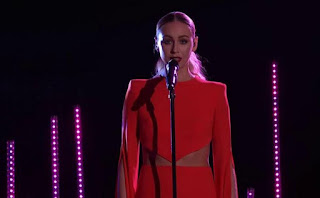 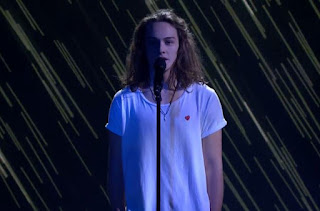 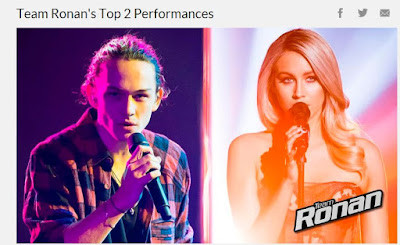 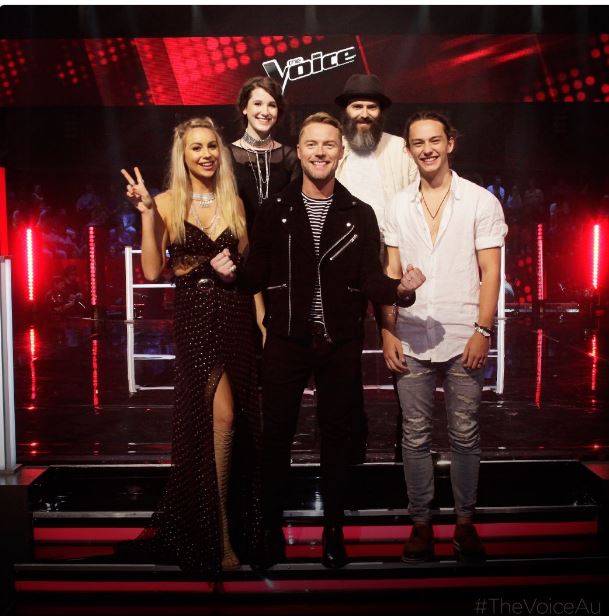 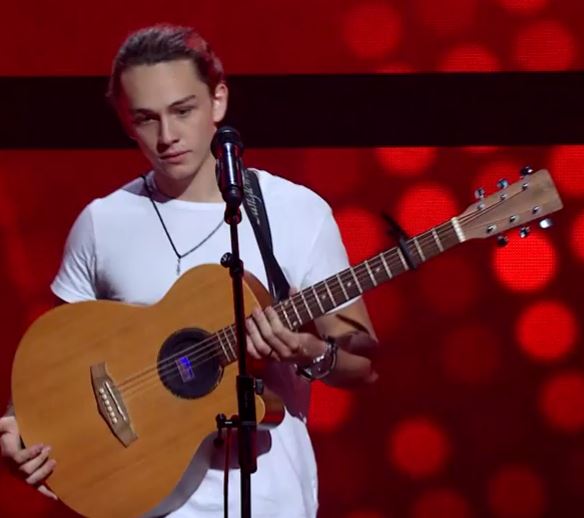 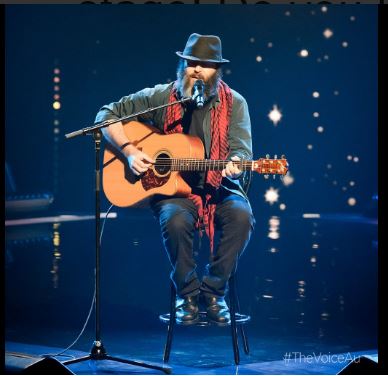 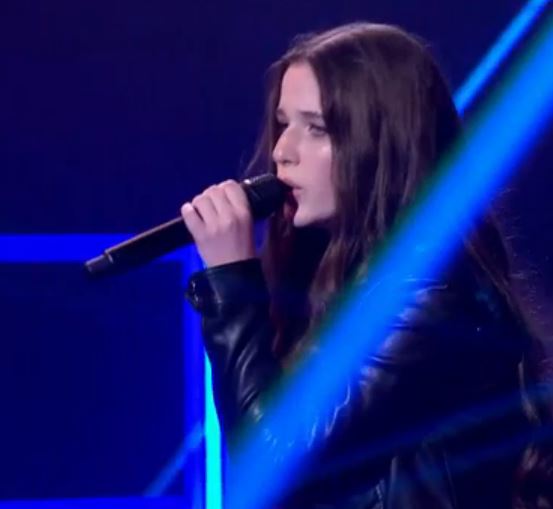 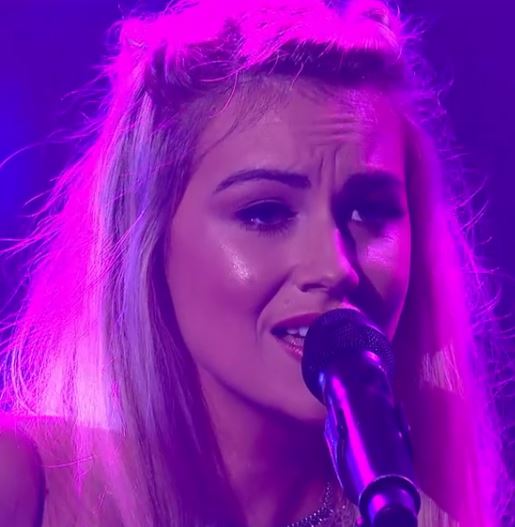 Coach Ronan didn’t have an easy start as
the new boy on the block.
But he soon started securing artists and now
has a full team of 12 to take into the Battle Rounds!
They are:
Nic Jeffries